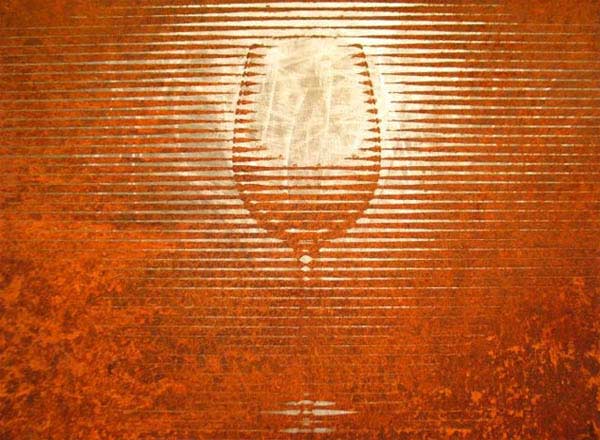 View slide show of this piece

The first piece for the winter of 2005-2006. Aged in the snow under the stars and corroded to maturity. Evening Delight.

“The word wine comes from the the Old English win, which derives from the Proto-Germanic *winam which was an early borrowing from the Latin vinum (related to Greek οἶνος), which can mean either the “wine” or the “vine”.

The earliest known evidence of a fermented wine-like drink is from the Chinese village of Jiahu dated from 6000 to 7000 BC [1]. The wine, found in 16 buried jars, contained millet, rice, beeswax (from honey) and either hawthorn fruit or wild grape. A 3,000 year old bronze jar has also been unearthed, still containing a similar liquid wine.

Ancient pottery jars discovered at Hajji Firuz Tepe in the Zagros Mountains of present-day Iran, near the city of Urmia [2], indicate that grape wine was produced as far back as 5,500 BC. It is believed that the name of the Shiraz grape originates from the Persian town of the same name. This discovery is particularly significant, as Hajji Firuz Tepe was not a grape-growing area, the main crops being grains and the preferred drink of the time was beer. As ancient Babylon was located on the Silk Road from China to the Mediterranean, all indications suggest that wine was probably used as a commodity for trade.” 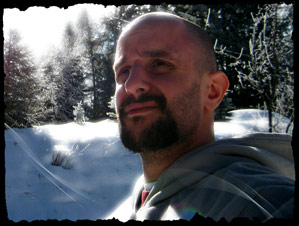 Danno is a British Columbia based artist primarily working with rust on steel. His works are created with snow, rain, metal and anything else he can get his hands on. He describes himself as chronically curious about everything. He loves guitars and sucks at playing them.